Into the Trees at Wern Wood (c) Angharad Treasure

There are currently few access paths. In summer, plant growth at the base of the slope may hide the several small streams, flushed areas and ditches present. Movement along the upper slopes can be difficult and slippery in wet weather and may cause a brisk descent if care is not taken!

The wood lies on a slope bounded on the east by a stream running in a deeply-cut dingle. The upper woodland is predominantly young to mature Oak with some Ash, and there is a rookery of some 20 active nests at the southern end of the wood. Hazel, Hawthorn, Holly, Gean, Willow, Elm and Elder are present in the understorey. The presence of many indicator plant species, together with the shady aspect and difficult access for cultivation, all suggest that this is an ancient woodland site. Lime encrustation is found in the fast-flowing dingle stream, which has a varied invertebrate fauna, including stonefly and damselfly nymphs. 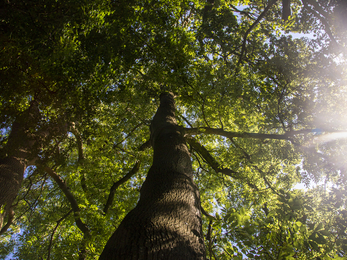 Into the Trees at Wern Wood (c) Angharad Treasure 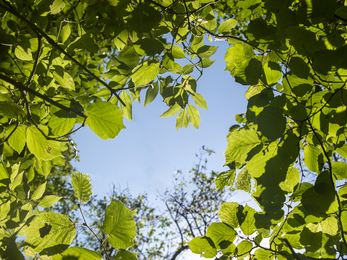 Through the Trees at Wern Wood (c) Angharad Treasure 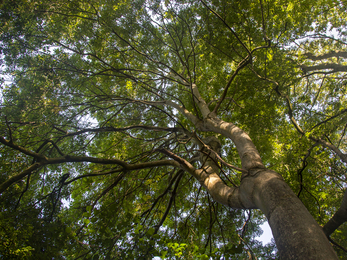 Up the Tree at Wern Wood (c) Angharad Treasure