Parts of the reserve remain very damp even in summer and waterproof footwear is advised.

Terrain can be difficult and parts of the reserve remain damp all year round. Visitors are advised to wear suitable clothing. There is no wheelchair access at this reserve.

The reserve consists of a long, narrow strip of coppice woodland. A small stream rises near the south end of the site and runs down the centre of the wood, bounded on both sides by marshy ground. Originally, the reserve would have been dominated by Alder and Willow, but in 1811 the Bockleton estate planted the area up as an "Ash bed", probably to supply poles for the nearby hop-yards. As a result of this planting, although Alder and Willow still grow in the marshy parts, in the drier areas there are now massive old coppiced Ash stools, covered in mosses and lichens, and forming a particular feature of the reserve. The ancient nature of this wood is confirmed by the distinctive ground flora with large amounts of bluebell, primroses and moschatel.

Lewis Goldwater and a team of fantastic volunteers undertake coppicing at this reserve.

Many thanks to Severn Waste who funded this work through the Landfill Communities Fund. 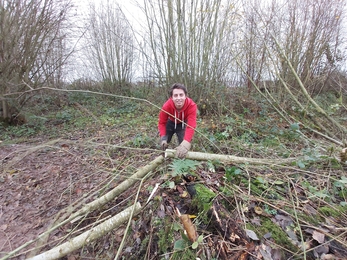 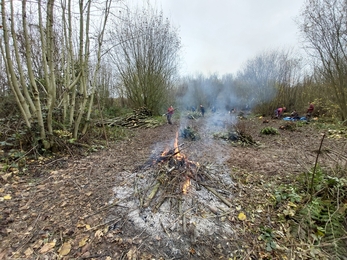 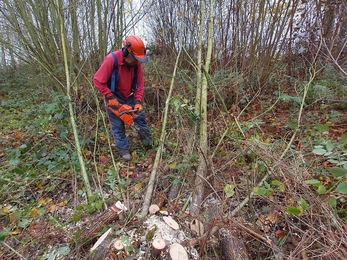 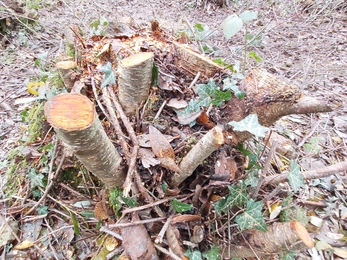