A patchwork of small meadows and orchards, rich in wildlife.

There is space for two or three cars at the top of the lane.

The reserve is grazed by sheep during the summer.

There are no surfaced paths at this reserve and it is not suitable for those with limited mobility.

There are four parts to this reserve; Monument Hill, Round's Meadow, North Meadow and Old Cider House. Common Hill was common land until the early Nineteenth century, by which time most of it had been enclosed into small holdings. Monument Hill was one such holding and what was once grazing land is now a herb rich meadow. North Meadow and Old Cider House are another small holding, and was part arable and part orchard. Although the orchard remains, the arable land has reverted to grassland.   Common Hill is part of the Woolhope Dome Living Landscape.

In August 2020 we purchased Round's Meadow, an additional field of 3.1 acres at Common Hill, adjacent to the Monument Hill. We are managing the new land with seasonal grazing and  spreading seed collected from areas of the existing reserve to improve the diversity of wildflowers and grasses.

Over 20 kinds of butterflies have been recorded on Common Hill including the wood white - a species which is rapidly declining nationally but which maintains a stronghold in Herefordshire and the Woolhope Dome in particular. We also recorded wildflowers such as betony and cowslip with bird's nest orchid just outside the land.

Follow Common Hill Lane out of the village of Fownhope. As you come to the brow of the hill there is a small parking area where tracks lead away in multiple directions. 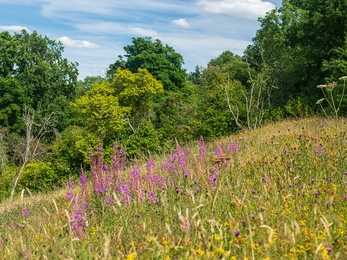 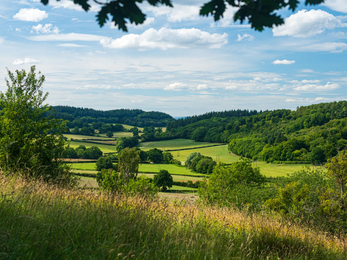 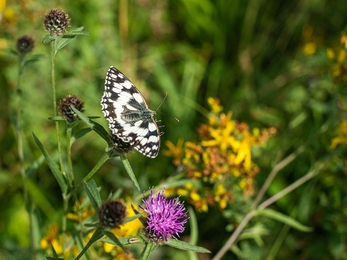 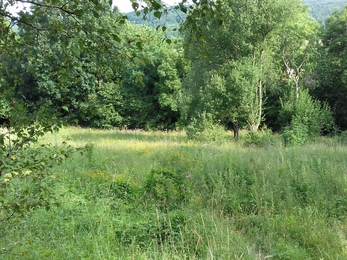