Birches Farm boasts a stunning array of wild flowers across a patchwork of fields. The meadows and pastures are bordered by thick hedgerows and there are two ponds. The reserve is a nationally significant site and is a Site of Special Scientific Interest (SSSI).

Parking spaces for several cars in spaces inside the entrance gate

Follow signs from the car park past buildings and the livestock yard to the reserve. A wide path is mown around the site. Please keep to this path while the hay crop is growing and take notice of signs warning of livestock.

The path to and around the Barn visitor centre is surfaced and provides disabled access. However, there are no surfaced paths around the reserve making it unsuitable for those with limited mobility.

Birches Farm offers a rare window to a landscape now long forgotten. Centuries of protection from the deep plough, modern fertilisers and seed mixes has preserved a stunning array of wild flowers across this beautiful patch work of fields and hedgerows. A scene far removed from the stretching hectares of today’s farmed fields, this small, 60 acre farmstead remains a patchwork of smaller fields.

The meadows contain a wealth of species and the richness of this grassland has earned the reserve the status of a Site of Special Scientific Interest (SSSI).  Herefordshire Wildlife Trust has continued to manage the site traditionally with seasonal grazing by sheep and cattle (and the odd donkey) and the cutting of a hay crop in late summer. We have also undertaken ‘green hay strewing’ - taking freshly cut hay from the most species-rich areas and spreading it onto the less diverse to allow the seed to spread.

The spring brings  a show of cowslip, bluebell and lady’s smock to the fields before the rush of orchids in May and June. Common spotted, early purple, twayblade and green-winged orchids flower in abundance. Devil’s bit scabious, bird’s foot trefoil, bugle, yellow rattle and knapweed flower across the site while dyer’s greenweed thrives on the sloping northern fields. Late summer sees swathes of harebells before autumn crocus steal the show.
Wildflower meadows such as these are now few and far between with 97% having been lost since the second world war. Modern fields tend instead to be a monoculture of ryegrass, managed with fertilisers and herbicides. Traditionally managed lowland meadows, classed as ‘unimproved, neutral grassland’ instead boast up to 30 grasses and 100 or more wildflower species. These attract hundreds of insect species which in turn attract many declining farmland birds such as skylark, bats and small mammals.

The hedgerows on the farm have been managed by laying and cutting over the years though many had been neglected and were growing out when the Trust took on the management of the site in 2014. Since then we have begun to reinstate a cycle of laying the hedges as well as replanting sections. Those which are fully outgrown will be coppiced.

‘Standard’ full grown trees are left within the hedges - and some new trees planted. The centuries-old hedgerows are mainly comprised of hawthorn, blackthorn, rowan and hazel and provide a wonderful wildlife habitat.

Among the many birds which visit and breed here are redstart and willow warbler. Whitethroat dart through the hedges and lesser whitethroat can be heard from the hedge tops. Red kites also breed in the area and are seen regularly over the farm. Hares are often seen in the meadows and you may well spot signs of badgers on your visit.

The species rich, age diverse trees in the field margins which do not match the rectilinear approach of the enclosure period suggest the site is an assartment of the old Kingswood. The presence of ridge and furrow indicates the farm was actively managed during the medieval period.

Traditional low input farming techniques for at least 150 years has resulted in a fine mix of habitats and species typical of this management regime. The Trust has access to farmer Alfred Price’s diaries that span from 1932 through to 1995. They provide an invaluable reference to everyday agricultural practices in the 20th century making reference to field uses, yields, stock type, stocking rates and seasonal farm activities providing invaluable management data and an inspirational engagement resource. Traditional pasture management has been in decline since the 1950s and to have a sizeable land holding displaying these qualities, is a rarity.

Leaving Hereford on the A438, continue onto the A4111 through Eardisley towards Kington. Follow this road through Eardisley and up the hill. After a left hand sign to Chickward, the road bends to the right and you will see the farmhouse and farm buildings on your right. If you pass a brown sign to the Small Breeds Animal Centre then you've gone too far! 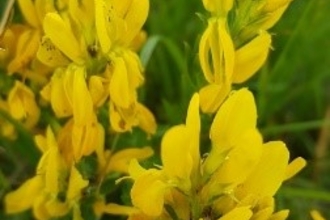 Sarah and David from our Kington Branch report on the wildlife seen at the reserve in 2020. 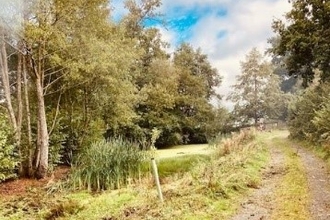 An update on the management of the reserve from Bob North who leads the Birches Farm Volunteer Team. 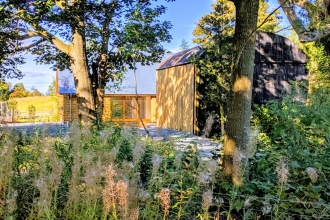 The Barn at Birches is available for groups to hire and is a great space for meetings and workshops. 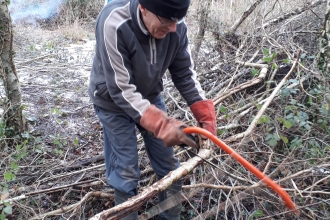 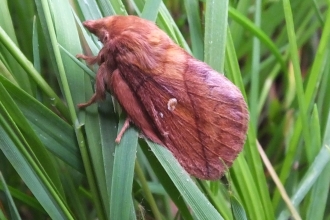