Please be aware that waterfowl are nesting between March and July and avoid unnecessary disturbance of the marshy, rushy areas around the Pool during this period. In particular, dogs should be under close control. Please ensure that field gates are closed after use.

Footpaths around the reserve. Visitors are advised to keep to the marked tracks to avoid disturbing the wildlife. There is no wheelchair access at this reserve.

April to July, November to February

Titley Pool is one of a number of naturally formed lakes between Kington and Mortimer's Cross. They occupy hollows in an area of low, rounded hills formed from debris accumulated during the melting of ice at the end of the last Ice Age. The Pool is one of the largest natural open areas of water in Herefordshire.   It is a suitable breeding site for great crested grebes. It also attracts flocks of wintering duck, particularly teal, tufted duck, pochard and gosander. In summer, dragonflies and damselflies hawk insects over the water. Fish in the Pool, providing prey for grey herons, grebes and goosander, include perch, roach, eel and pike. 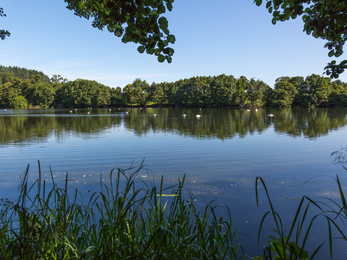 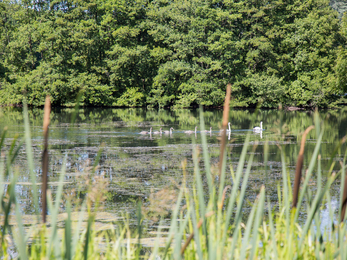 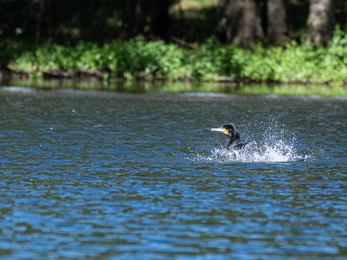