This reserve holds a rich flora that has regenerated on the site of old quarry workings and a number of small caves that provide a refuge for Horseshoe Bats and special invertebrates such as the Cave Spider and hibernating Herald Moths.

There is a small pull-in are at the top of the reserve with space for three or four cars.

The reserve consists of a strip of land on either side of a public footpath leading down to a former limestone quarry and a natural rock face ending at King Arthur's Cave. Access is straightforward, and the main track leads on beyond the reserve into woodland managed by the Forestry England which links with both the Wye Valley Walk and other footpaths within Lord's Wood.

There are no surfaced paths and no wheelchair access at this reserve.

The reserve forms part of the Upper Wye Gorge SSSI, designated in 1989 and lies on either side of the track leading to King Arthur's Cave. The strip to the northwest of the track is part of an ancient woodland. The part of the reserve to the east of the track has a different history, with a cottage standing here in 1847; however the area became an industrial site in the middle of the 20th century. This has now become colonised by willow and birch.

There is a good range of woodland plants present, including  some scarcer species such as yellow birds-nest, fingered sedge, broad-leaved helleborine and other orchids. Tree shading of rock exposures enabled colonisation by shade-loving ferns, like hart's tongue, black spleenwort, and a very local variety of maidenhair spleenwort. The whole site is rich in bryophytes including several nationally scarce species. 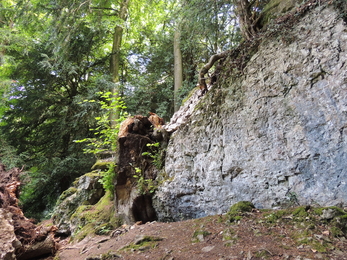 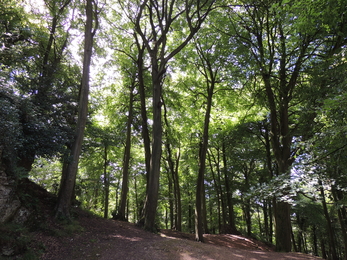 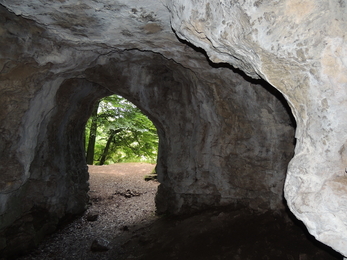